Preview of the second pack of Fledgling Vampires!

Here is the second pack of Fledgling Vampires, newly turned feral killers unable to control their lust for blood.

These will be cast up in the next three-four weeks and will be available in the Oshiro Model Terrain online shop along with the resourceful Ladies and the first pack of Gypsies. 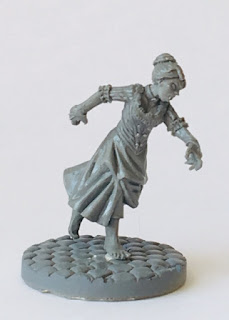 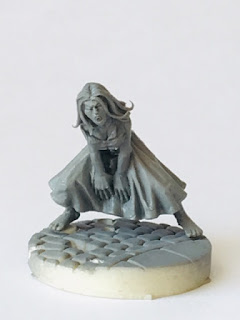 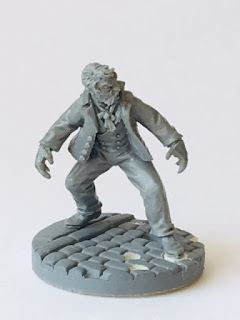 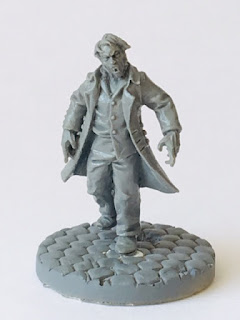 Posted by Highgate Miniatures at 13:20 No comments:

"We have wild work to do!" game report.


A recent game of Fistful of Lead, Tales of Horror. Two groups representing the forces of good take on an Undead Master and his minions.


“Professor DeFenzles studied the telegram he had just been handed  then turned and looked at the well dressed gentleman standing next to him. “Who is it from?” enquired Captain Archibald Fellows.

“It’s from my contact at Lloyd’s of London.The ship we have been tracking from Eastern Europe is scheduled to arrive at the Limehouse wharf at 3pm, sooner than we had imagined. We had better be quick for “The Dead travel fast”.

“What do you mean?” Responded Captain Fellows”

“The Devil and his concubines must be caught and destroyed before the sun sets or he will escape us again. Quick, there is no time to lose fetch your revolver and the silver cross I gave you. We have wild work to do!”


“Inspector Abeline was sitting at his desk staring at his notebook when the door opened and Sergeant Godley hurried in. “Sir, we have information to suggest another shipment of Stolen cargo is being moved and delivered upriver to the Limehouse docks. We have reason to believe it’s being received by that  Northern gang “Bibbly’s Bashers” who are trying to muscle in on some of the London gangs.

”Best get going Sergeant, we’ll have to be quick to catch them. Bring your shotgun, I’ve heard they are usually armed and are not afraid to use the shooters!... 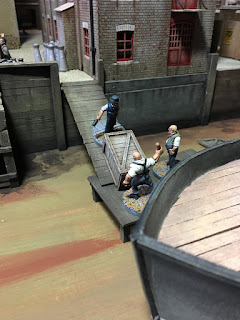 The Dead do indeed travel fast as the Masters crate had already been taken safely from ship to shore. Would the Hunters and police arrive in time to stop the deadly cargo from disappearing into the fog ridden London night?...

To be continued...
Posted by Highgate Miniatures at 15:23 No comments:


Here's something a bit different, an in game action picture that has been aged and played about with. Hope you like it! 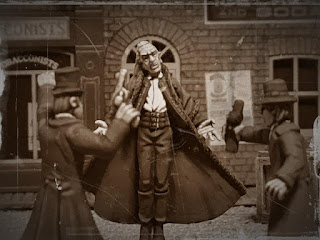 I've just received the Greens for the second set of Fledglings and very nice they are too, they will blend in very well with the existing set. This brings the total to eight feral, newly turned Undead... Quite the task for any would be hunters to  deal with.

These will go off to the casters this week along with the first pack of Gypsies and resourceful ladies. Expect to see them in the online shop at Oshiro Model terrain in early August.

Posted by Highgate Miniatures at 12:23 No comments:

And what a lovely job has been done of them.

Nothing else much to say but we hope you like them.

Posted by jimbibbly at 17:01 No comments:

The Gypsies are coming!


Here is a sneak peak at the  first pack of Gypsies. These make ideal henchmen for the Vampire Covens, doing the daytime bidding of their masters. Most notable amongst the Romany are the Szgany who swore a blood oath to protect Vlad Dracul unto death...

They will be released hopefully by the end of July along with the Resourceful ladies and the next pack of Fledglings which are on the workbench at the moment. A further pack of Gypsies will appear later in the year. There will be enough of them to form a faction in their own right, perhaps even serving the forces of good and fighting Werewolves in the forests of Transylvania...!

Posted by Highgate Miniatures at 14:07 No comments: