Here is a selection of photos showing just a few of the Highgate Miniatures in action against the excellent OshiroModelTerrain scenery. 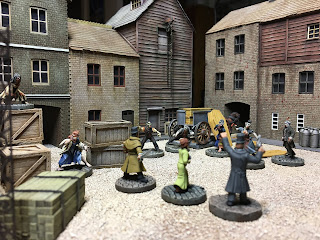 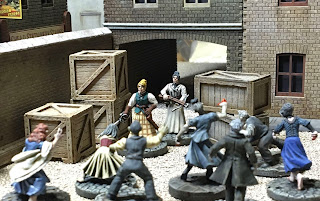 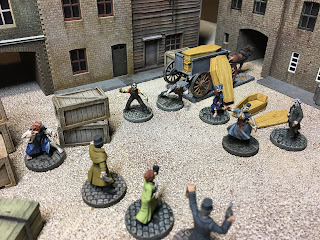 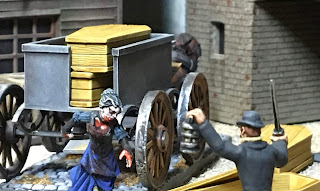 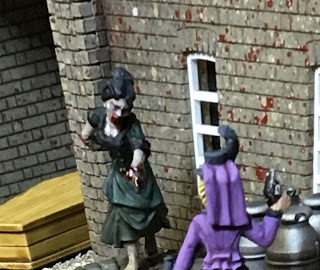 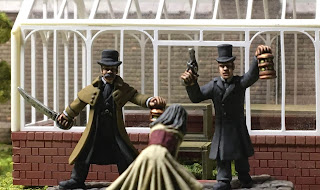 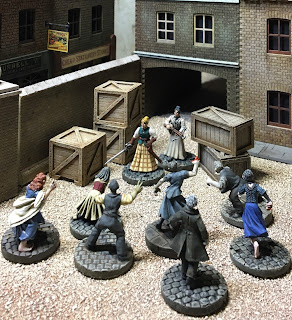 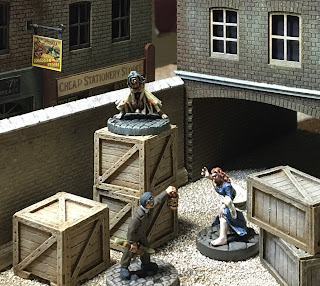 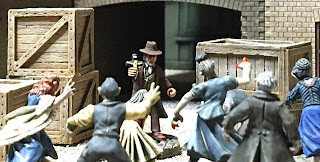 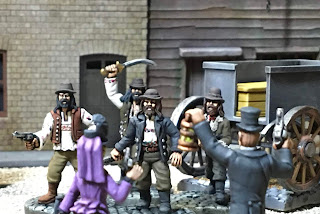 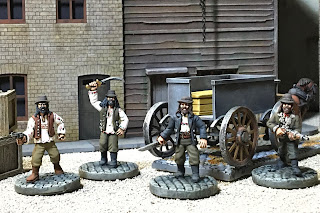 Posted by Highgate Miniatures at 08:36 2 comments:

We are pleased to announce the release of the next three packs:

HIGH10 Vampire Queens:
More deadly than the male of the species, the Vampire Queens and Ladies, each characterised by their different strengths and traits.
The Innocent, The Ancient, The Seductress and The  Arrogant Blood Queen.

These are now in stock and available to buy from here:

Posted by Highgate Miniatures at 11:36 No comments:

We ran into the alley way through the gate, which we had arranged to be left open. We could see the woman scramble over another wall and we ran to ensure she remained in view. We manage to keep her in sight through the unusually clear night, her apparently much reduced agility, and a little luck with our guesswork on those occasions where she drifted out of view.

We finally lost her in an area comprised of some splendid old properties where the large trees restricted our view and already limited light. There were now houses with lit rooms and little in the way of clues to determine whether the she-devil had simply passed through the area or had taken refuge in one of the buildings. It was then that I remembered Howell’s injury which he had fastidiously failed to mention during our pursuit. The scratches to his shoulder and arm were deep and I was certain he would bear them forever more, though I thought it best not to mention this. They would need to be cleaned and dressed soon. The exertion of the chase now lay heavily on Howell and his pains began to intensify so we reluctantly agreed to find our way back to an area we recognised and thenceforth to return to my lodgings for treatment and breakfast. 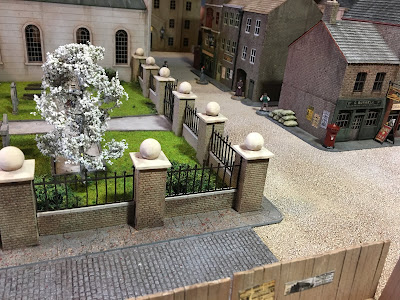 ‘Howell’ I started, but my words were cut short by a finger to his lips. ‘James’ he whispered, ‘if you were a ragged beast of the type we just encountered, would you be more inclined to reside in a fine dwelling complete with servants,’ he paused, casting his good arm towards the houses around us. ‘or would you place yourself in a location such as this?’ He pointed to a large house opposite us which, unlike the ones we had walked past was set some way back from the street and had a distinctly unkempt appearance. Heavy shutters covered the windows, though as I followed the direction Howell was pointing I could see that a single large window was not shuttered and lay open, a curtain, grey in the poor light, flapped in and out of the opening.

Posted by Sheraton Howell at 18:45 No comments: