After watching the Robert Downy Jn. Sherlock Holmes film again for the umpteenth time, I thought it would be a good idea to make a small boxing ring that could be used in a couple of our Limehouse games.
Simple balsa contruction with some styrene details for the 'door'. Sprayed white and inked/drybrushed. There's a few spots of blood on the sandy floor as well for good measure :-)
I do need to paint plenty more civvies/bystanders though as it's looking a bit empty at the moment. 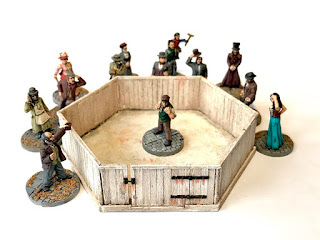 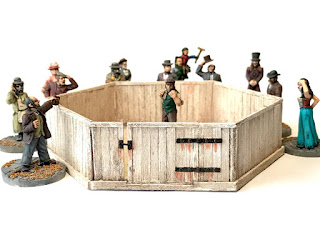 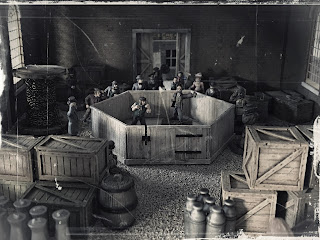