"The Fox and hounds!" An AAR end game to the mini campaign. Part one

At the end of the previous game the Master Vampire Janek Skorszany had been prevented from accessing his "Safe House" in Limehouse and was fleeing across the streets of London trying to reach the safety of his two remaining crates of earth hidden elsewhere in the city. Our game picks up immediately with the Vampire hunters in hot pursuit....

"Now we have him Inspector Straker!, he is on the run, we must bring this fox to heal quickly!" Professor DeFenzles shouted as he grabbed his Drs bag and raced after the Master. "Tell your Sergeants to slow him down with rifle fire, the bullets will not kill him, but they will slow his movement and then he will be done for.....!"

....Elsewhere at a town house in Mayfair Lord Luscombe was helping himself to another glass of port when he was interrupted by the untimely arrival of Lord Hardacre. " What brings you to my house at this late hour Hardcacre? " he grumbled, his head a little cloudy from the excesses of the port.
" It seems our Guest Mr Skorzany failed to arrive at the house we rented for him in Limehouse. He was stopped by that nuisance Inspector Straker of the unsanctioned Scotland Yard outfit and a group of unknown assailants."
"What the deuce!?" Exclaimed Luscombe "We.."  Hardacre Interrupted "Yes, we must stop them, If Mr Skorzany is not given safe passage there will be hell to pay with the Ruling Council, they do not look kindly on our failure to protect their kind.... " 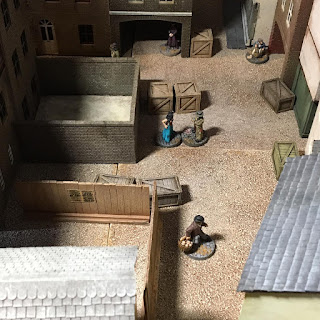 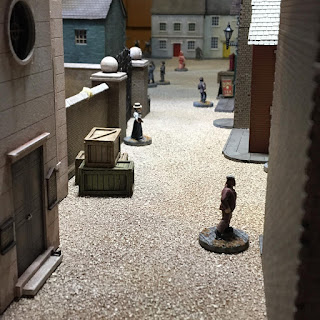 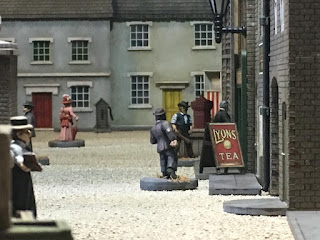 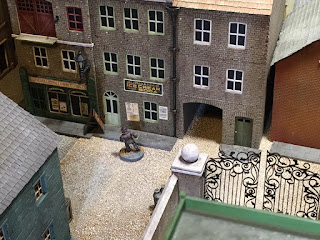 Posted by Highgate Miniatures at 16:40