Professor DeFenzles and his team raced against the sunset and the crowed streets to get to the wharf, it was getting dark already... 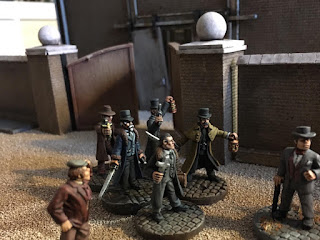 Across town at the docks the Northern ruffians had already taken possession of the strange crate and took up defensive positions as it was loaded upon a wagon ready for transportation to destination unknown.. 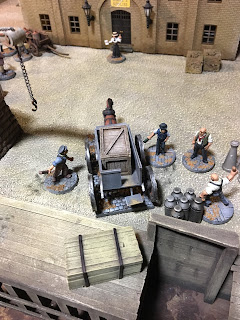 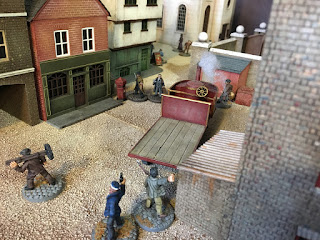 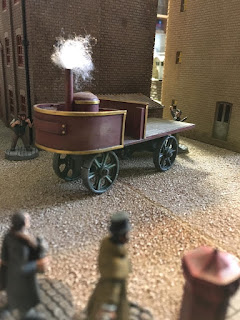 On the other side of the table Inspector Abeline arrives and his men encounter a brute with a shotgun: 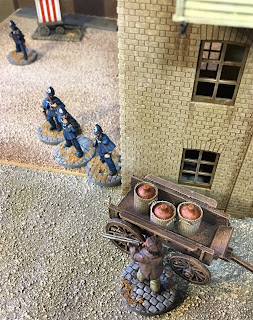 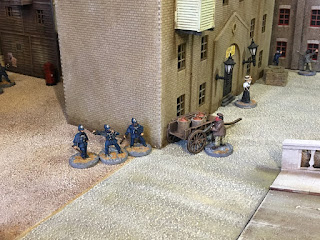 The fighting gets vicious, the Policemen and ruffians enter into a massive brawl around a brewers wagon with both Inspector Abeline and the Ruffians leader Big Jim Bibbly entering the fray: 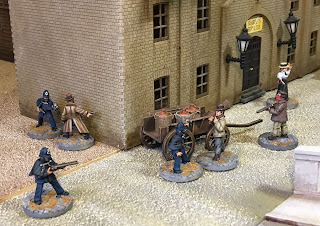 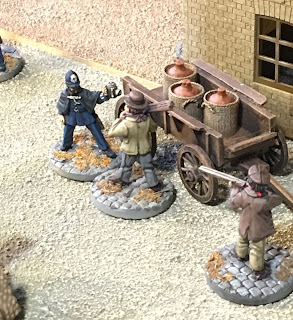 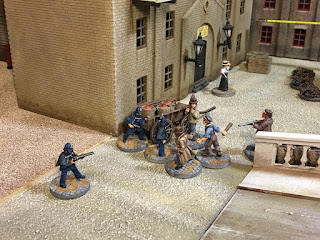 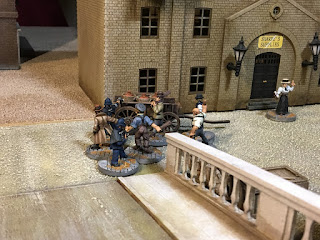 On the other side of the square it comes down to close quarters fighting as well. Expert swordsman Colonel Richard Fitzerwell dispatches gang members with ease, before being shot by jack Atlantic: 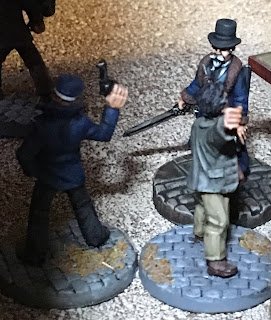 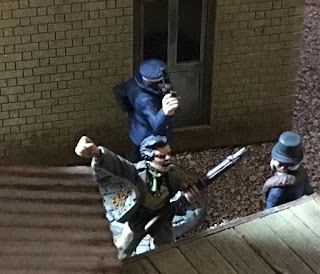 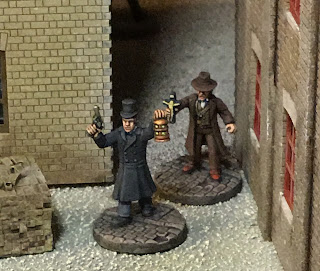 Only to be confronted by the sudden appearance of a huge swarm of rats which appear to be protecting the crate. 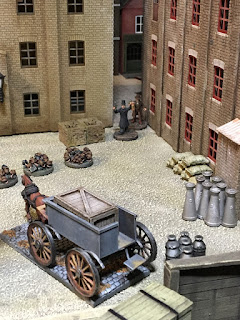 The rats immediately swarm towards them. 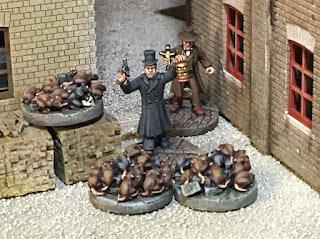 The last rays of the sun were beginning to fade.....

"Hurry Captain Fellows, we must hurry, the light is almost gone!"


Posted by Highgate Miniatures at 09:08