"We still have work to do!" The search for the Master Vampire continues, Part 2

The Masters crate and his henchmen moved forward , knowing at any minute they would most likely come under fire. 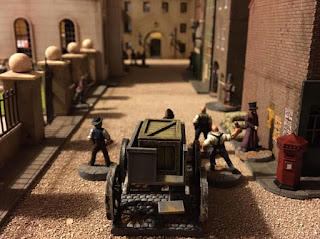 It wasn't long before the detectives started the party and shots rang out on the streets of Whitechapel. The Northern Ruffians retaliated, bodies began to pile up in the streets! 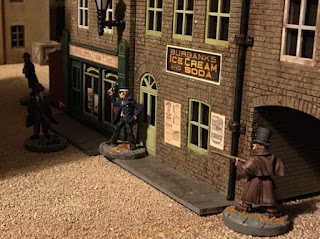 Nightfall was coming fast as the sun sank in the sky. 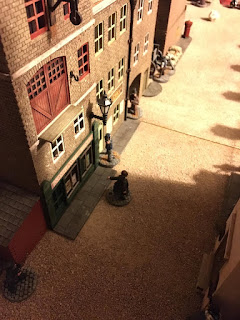 The masters crate was forced to change direction and moved into a narrow alley in an attempt to reach its destination. 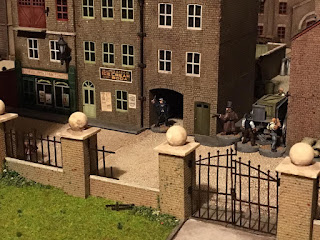 A thick fog appeared from no where! The Master controlling the elements, brought the fog down to conceal his movements and restrict visibility. 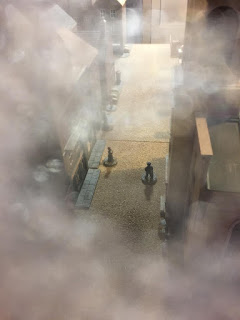 This did not deter the Hunters who  closed in and a desperate hand to hand fight ensued. 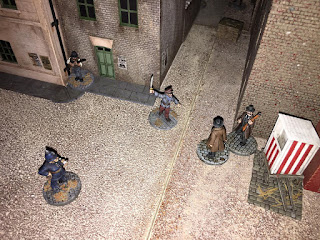 Darkness descended on Whitechapel as the sun finally set and the mood changed... 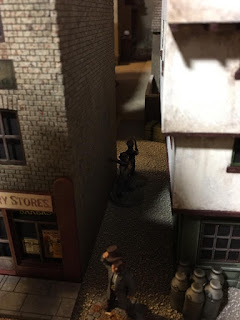 Posted by Highgate Miniatures at 15:44